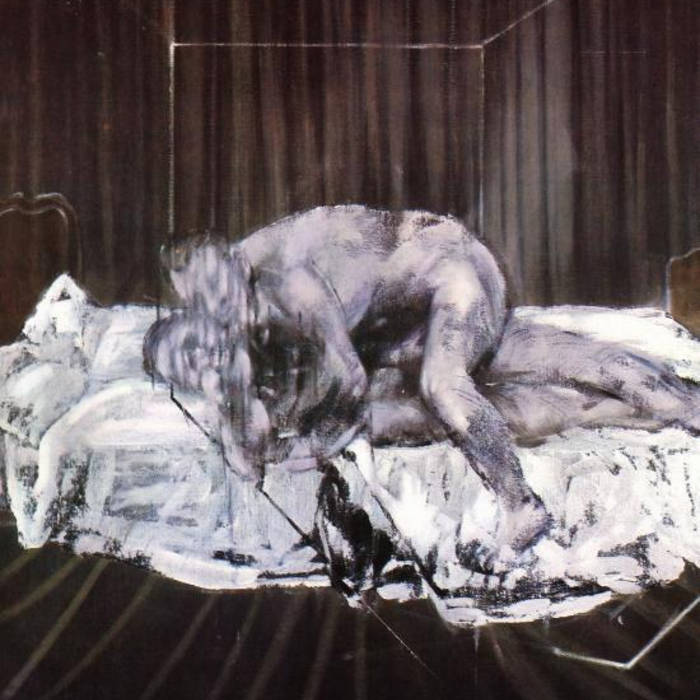 Taken from an email from sometime during 1999, LD Beghtol writes: This <piece> is based on the Francis Bacon painting of two male figures wrestling/fucking on a bed (the painting is actually based on the Muybridge sequential image photos from the turn of the century). There's a quote in the new bio about him <Francis Bacon> where he says one of his favorite sights in the world is "an unmade bed unmade by love", because he can imagine what must have occurred to have made the bed so untidy. I, of course, filled up the rest of the lyric with hateful images of violence and drug abuse and betrayal - which was pretty much what his life was about. It's a pretty little Irish folk song for art fags...<g>

This is the only post-King Missile collaboration between Dave, Roger and myself. I feel extremely fortunate to have ever been creatively involved with these fellas, and this track is some of our best work ever. However, I just wasn't sure where this piece would "fit" on the upcoming album....so here it is, on its own (or paired with the "A" side of this single), instead. – CRX

P.S. Dave and Roger have a new project with our friend John Seden, called Stress Test. They've just released their album, and you can find it over here: stresstest.bandcamp.com

A painted mouth by kisses stung
A subtle lie from a supple tongue
A bitter climb up, rung by rung
A secret wish long let unsung

A secret wish, a private hell
Behind the door, beyond the pale
A bitter draught from the wishing well
A poison apple fairy tale

Tell me what I'm dreaming of -
A vision in the sky above
A screaming face, a bloodied dove -
An unmade bed unmade by love